Bloody Plains is a PvP map, common to all servers. This is most commonly the place for gaining karma, dueling and settling disputes, as well as events such as BvW War and Boss Spawn Events. This map also allows access to the The Cave of The Conqueror, another PvP map but that has a higher exp, higher drop and high reward bosses contained within. * When the server is brought back online (after maintenance or a patch release) there are guards in both safe zones, however they disappear after a short period.GMs have repeatedly stated that in future patches, guards will be implemented within safe zones as this is how the game was originally intended (to instantly punish people with offences and protect players from griefing).

The Bloody Plains is also where large round plants called Blood Flowers can be found, in the middle of the plains near the Cave. 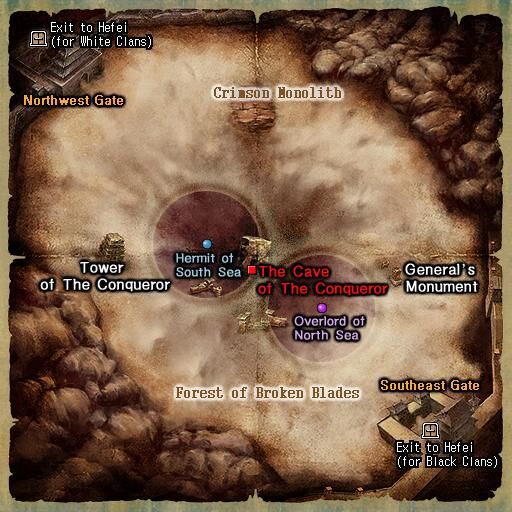