Jinan is one of the 3rd level maps in 9Dragons (the other being Datong).
Jinan is a White Clan map, and only White Clan members can enter it.
On Asura, it is the first map where White Clan Disciples can engage in PvP with other players. It connects to Zhengzhou and Hefei, but an exit to Bloody Plain can also be found, although it does not work.
Jinan is appropriate for players from level 49 to level 72 (RL1 - FD12), after which they go to Nanchang. 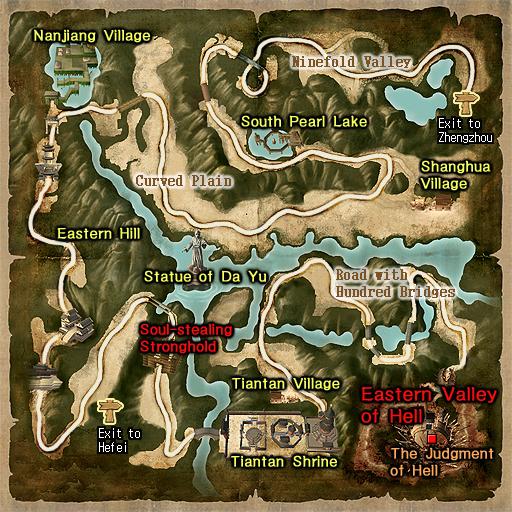