Liaodong is the only 5th level map in 9Dragons.
It is a disputed map, meaning that both White and Black Clan disciples can enter it.
The west half of Liaodong has White Clan guards, and the east half has Black Clan guards, so one must be careful when on the other clan's side.
Liaodong is appropriate for characters from level 97 to level 132(EC1-CS12) after which point, they go to North Sea Icy Palace. 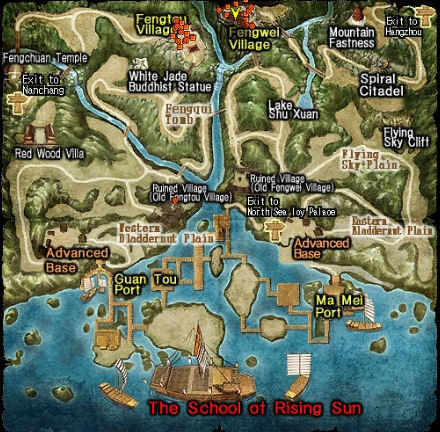 Retrieved from "https://9dragons.fandom.com/wiki/Liaodong?oldid=7259"
Community content is available under CC-BY-SA unless otherwise noted.