Nanchang is one of the 4th level maps in 9Dragons (the other being Hangzhou).
It is a disputed map, meaning that both White and Black Clan disciples can enter it, but is mainly a white clan map.
The guards here though, will attack and kill all Black Clan members it they find.
Nanchang is appropriate for characters from level 70 to approximately 107 (FD10 - EC6) (Needs confirmation), after which point, they go to Liaodong. 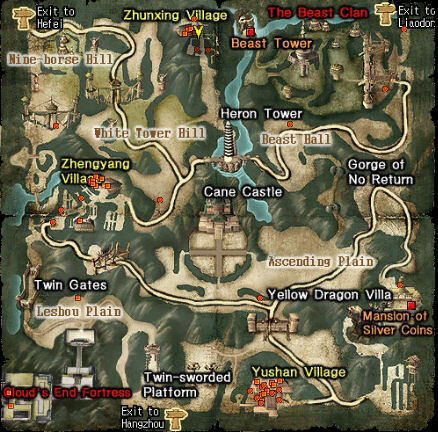 Retrieved from "https://9dragons.fandom.com/wiki/Nanchang?oldid=7464"
Community content is available under CC-BY-SA unless otherwise noted.