9dragons Wiki
Register
Don't have an account?
Sign In
Advertisement
in: Incomplete, Quests, Roads to Enlightenment Quests, Losing Self Quests

Two Disciples from The Brotherhood 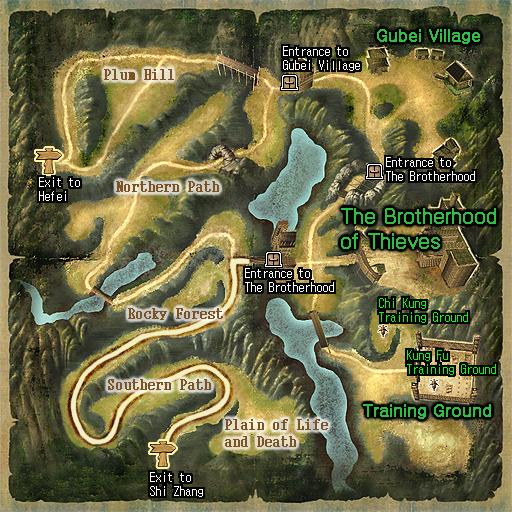 Talk to Doctor Jialiang. He will will tell you how to get a Recommendation to enter the Brotherhood of Thieves.
For the next part, you can either go to Blacksmith of Taishan Smithy Yang Shouxiong or Shopkeeper of Taishan General Store Mu Hejun.

Talk to Yang Shouxiong. He wants you to bring 3 Wolf Skins for a letter of recommendation.

Defeat Wolf type mobs till you have collected 3 Wolf Skins:

Beware of the nearby Blood Wolves.

Return to Yang Shouxiong and talk to him. He will give you the letter of recommendation for the wolf skins.
Continue with #Part_5

Talk to Black Wind Guard Fierce Wolf. He will let you inside the base and tell you to see Deadly Tongue inside.

You actually don't have to talk to Deadly Tongue. The quest will complete automatically after a few steps inside the base of the Brotherhood, and a short introduction sequence will play.